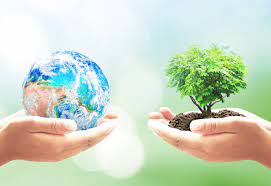 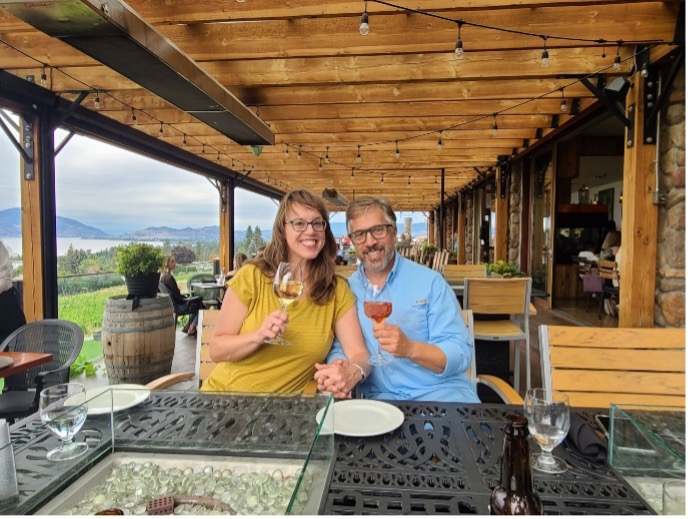 With academic backgrounds in geography, an entrepreneurial spirit, and a passion for environmental research and innovation, Paul and Theresa Villard founded GEO Morphix Ltd. in 2014. GEO Morphix is an environmental consulting firm comprised of earth and environmental scientists specializing in geomorphology and process sedimentology. The team consists of twenty-two earth and environmental scientists and four administrative staff. Over the summer months, Paul and Theresa hire post-secondary students through intern and co-op positions to assist with data collection and fieldwork. GEO Morphix's primary services are rivers and coastal restoration, hazard delineation, erosion mitigation, and geomorphological inventories. Projects range from small-scale, community-based restoration to larger-scale environmental studies and valley realignments. Paul and Theresa have designed over 44 km of channel, approximately 27 km of valley and 11 ha of wetland.

Paul and Theresa believe in supporting graduate students and have fostered relationships with the University of Guelph and British Columbia, along with funding from Mitacs Canada and NSERC for student internships and research. They have led and contributed to research and publications related to Redside Dace habitat suitability, fish passage, natural channel design, channel evolution, water balance, and stormwater management strategies.

What does Earth Day mean to you?

Earth Day provides an opportunity to pause and reflect on the importance of the natural world.  It is a time to question yourself on what work you are doing currently, and what work you should / could you be doing to address environmental issues? We realize that a few people cannot fix all problems – rather, environmental issues are significantly larger and require the collective effort of individuals and communities on both personal and professional levels. Earth Day allows people to reflect together, motivate one another and problem-solve together on solutions to better our world from an environmental perspective.

When GEO Morphix was founded, we wanted to develop a unified team of professionals with a high level of scientific expertise that could address complicated environmental problems related to rivers and coastlines.  Over the past six years, we have been fortunate enough to employ some of the best technical experts in the field, including several U of G alumni. Every day, we work to mitigate environmental impacts or improve the environment through our restoration designs.

What is something you would like others to reflect on for Earth Day?

On a day-to-day basis, we tend to focus on environmental issues on a global scale. However, change comes from focusing on what actions can be implemented individually or as a community on a local scale. It is common to emphasize the overwhelming environmental issues, such as the impacts of climate change and how water level fluctuations impact rivers and shorelines. However, we often ignore the small-scale impacts that are felt locally. Considering these small-scale issues rather than large-scale environmental issues provides an opportunity for individuals and communities to get involved and make a difference.

About Paul and Theresa Villard:

Paul and Theresa both attended the University of Guelph (U of G) for their undergraduate studies in the Department of Geography. While Paul focussed on a Bachelor of Science in physical geography, Theresa’s interests led her to pursue a Bachelor of Arts in geography and environmental studies. They met during a second-year aerial photography course and discovered their shared passion for nature, the outdoors, being active in the Geography Club, and environmental research. Paul and Theresa’s graduate studies allowed them to travel to British Columbia and the Yukon, completing research on some of Canada’s largest river systems and northern communities.

Paul and Theresa are married 25 years, sharing many adventures together. Some favourite places they have travelled to include New Zealand, Fiji, Australia, Argentina, and Belize. There are many photographs of rivers and rock formations to prove it! They have two children; Abigail, who is currently attending the University of British Columbia studying Earth and Environmental Sciences; and Jakob, who is finishing grade 11 in high school. Over the years, they have remained actively involved with the U of G through both teaching and research. Specifically, Paul has held the position of Adjunct Professor, teaching both third- and fourth-year courses in fluvial geomorphology and catchment processes, and has collaborated with Dr. Jaclyn Cockburn, supporting numerous graduate research projects through the U of G Surface Processes Research Group.

How U of G led to where they are now:

Paul and Theresa had the opportunity to work and collaborate with professors who sparked their passion and interest in the environmental field. As a student, Paul had the unique opportunity to work among three Geomorphologists who were well-known and highly regarded in both academic and industry settings. Theresa was fortunate to work alongside leaders focusing on the role of Traditional Environmental Knowledge in environmental impact assessment.  The ability to ask questions, and problem-solve with fellow students and staff in the supportive environment of the Department of Geography, is something they greatly valued, and try to incorporate into their daily business with clients and their professional team today.

Following their time at the U of G, Paul and Theresa moved to Auckland, New Zealand, where Paul completed his Ph.D. and Theresa worked at the Auckland War Memorial Museum supporting the opening of the Natural History Gallery. They made one final stop in British Columbia, where Paul completed his post-doctoral studies and Theresa worked with the Department of Indian Affairs and Northern Development and at the University of British Columbia, before returning home to Southern Ontario with their first newborn.

One of the most important messages that U of G instilled in Paul and Theresa, which they still carry through in their personal and professional lives, is the importance of community and surrounding yourself with great people. The team at GEO Morphix consists of many U of G alumni from the Department of Geography, Environment and Geomatics, who all share this common value.

GEO Morphix was nominated in 2015 for a Conservation Halton Award associated with our work on the Five and Five Redside Dace Rehabilitation Project. GEO Morphix provided a conceptual and detailed design to replace a watercourse crossing on private property that was causing impacts to reside dace habitat.  As part of the work, GEO Morphix installed bioengineering and habitat elements to improve conditions for residing dace.  The design was installed through community engagement directed by Conservation Halton.  After installation, it was found that the habitat was greatly improved.

In 2018, GEO Morphix received recognition for supporting the Gould’s Creek Brook Trout Restoration Project undertaken by the Haliburton Highlands Outdoors Association. GEO Morphix helped to design a new spawning ground for brook trout and provided professional input with regards to river geomorphology and restoration. GEO Morphix was featured in a documentary for the project which aired on TVO.