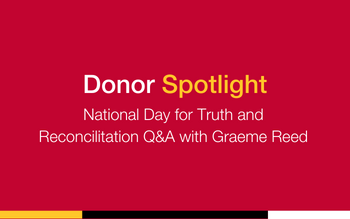 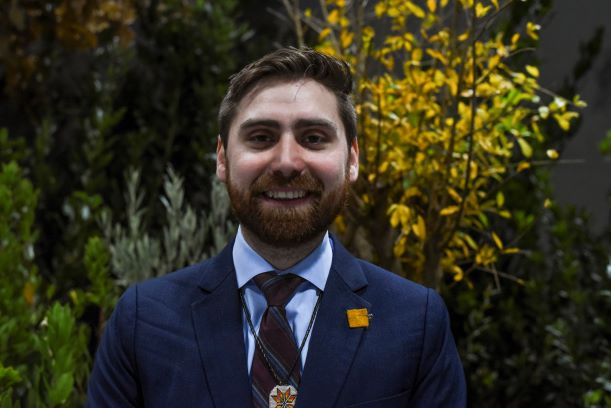 Graeme Reed is a nearly-completed doctoral candidate at the University of Guelph, studying the intersection of Indigenous governance, environmental governance and the climate crisis. At the same time, he works at the Assembly of First Nations (AFN) as a senior policy advisor, ensuring federal and international climate policy safeguards First Nations rights, jurisdiction and knowledge. During this time, he has had the opportunity to represent the AFN at the last four COPs (23 – 26) of the United Nations Framework Convention on Climate Change and is preparing to attend COP 27 in Egypt. He is Anishinaabe from the Great Lakes (Wiikwemkoong Unceded Territory) with mixed ancestry from England, Scotland, and Germany.

Aanii. Graeme Reed nindizhinikaaz. Makwa dodem. Ottawa nindoonjibaa. I was born and raised in Ottawa with mixed ancestry from England, Scotland, Germany, and mnidoo-gaamii (Georgian Bay). My great-grandfather was born in Wiikwemkoong Unceded Territory on Odaawaa-minis (Manitoulin Island) with family ties to Thessalon First Nation. I am currently an uninvited guest in Musqueam, Squamish, and Tsleil-Waututh territory, as my wife completes her law degree and starts her law career.

At the AFN, I lead our files related to domestic and international climate policy. This work is extremely diverse: I’ve presented to the Canadian Council of Ministers of Environment (CCME), participated in the First Minister’s Meeting negotiating the Pan-Canadian Framework on Clean Growth and Climate Change, and represented the AFN at the United Nations Framework Convention on Climate Change since 2016, including as Co-Chair of the International Indigenous Peoples Forum on Climate Change. I’ve also had the privilege of participating on many advisory bodies and boards, including as Co-Chair in the Thriving Natural Environment Expert Advisory Table as part of the National Adaptation Strategy, the Indigenous North American representative to the Facilitative Working Group of the Local Communities and Indigenous Peoples Platform, and a Board member at Climate Action Network Canada (all mouthfuls and full of jargon). My current preoccupation is with the development of an AFN National Climate Strategy, including the hosting of two National Climate Gatherings, one of which is upcoming in Fredericton from September 26 – 29.

What inspired you to create a scholarship for Indigenous Students at U of G?

This award, and all of my work to date, is really about honouring all of my ancestors and the steps they’ve taken to support me to get where I am. This award celebrates the role that my grandparents, Carl and Helen Mertz, have played in supporting our family and the pursuit of education. Helen, my nan, has a long history of supporting Indigenous Peoples within education and Carl, my pop, was a mechanical engineer and supported myself and my sister endlessly. The target of this award – Indigenous students in STEM - is really the combination of these two histories, as well as my commitment to creating as much space for Indigenous students within these systems of education. For any Indigenous students reading this, I want to reiterate that you belong in these spaces and I am so proud of the legacy you are leaving for your future generations. It also helps that Carl graduated from the Ontario Agricultural College before it became one of the three founding colleges of the University of Guelph.

September 30, 2022, marks the second National Day for Truth and Reconciliation. What does this day mean to you?

The National Day for Truth and Reconciliation is an important acknowledgement of the structural legacy of residential schools, as well as Canada’s concerted (and ongoing) efforts to ‘kill the Indian in the child’, however, it is not enough. I hope that this day is the catalyst for more truthful conversations about Canada’s history and the ways that these structures persist in every aspect of Indigenous lives. To that end, I envision this day as a commitment for all those living in Canada to engage and lean in to their side of the treaty relationship.

What do you hope others will reflect on during National Day for Truth and Reconciliation?